Regional Viticulture - Where vs. How 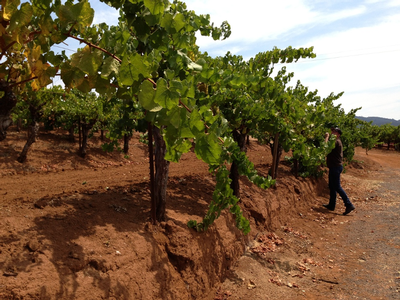 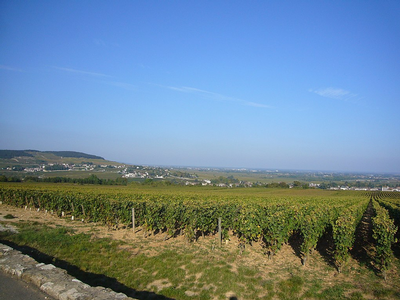 Both of the above vineyards are planted to Chardonnay, though that is where their similarities end. Chuy Vineyard (RIP) was planted at very low density in a warm, Mediterranean climate with vigorous soils. The Puligny-Montrachet climat is planted at a very high density on meager limestone and clay soils in a cool, wet, continental climate. Chardonnay and Pinot Noir call Burgundy home, but they are perfectly happy in California, Oregon, or Patagonia. Grapes generally travel well (looking at you, Nebbiolo), and lucky for us they like to talk about where they are from. A tropical, full-bodied, lush Chardonnay probably comes from a warm climate, whereas a steely, lemony version most likely hails from a more marginal region.

Most winemakers will tell you that fine wines are made in the vineyard. They’ll also tell you, “If you want to make Chablis, you should probably move to Chablis.” Regional identity is not just about weather, soil, and aspect (what I think of as the where of a vineyard). Farming techniques, the how, can also have a huge impact on the finished wine. Just like the Cru system rigidly defines the geographical boundaries of individual Burgundian vineyards, the appellation system also sets limits on yields, styles of pruning, vineyard density, and other viticultural practices. The set-up and farming of a vineyard is the integration of people with a place. You have to answer both of the questions: the how as well as the where. 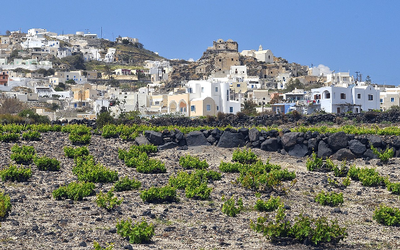 These Assyrtiko basket vines in Santorini are shaped by the black volcanic soils, the whipping winds, and the beating sun of the island. They are also literally shaped by human hands to compensate for these environmental pressures. The basket pruning protects the clusters from the wind, and the sparse planting density allows the vines to survive with very little rain. Let’s explore some of the regional farming choices that create the wines we love. 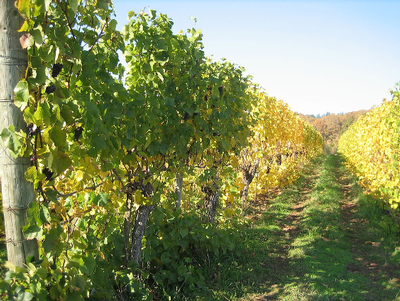 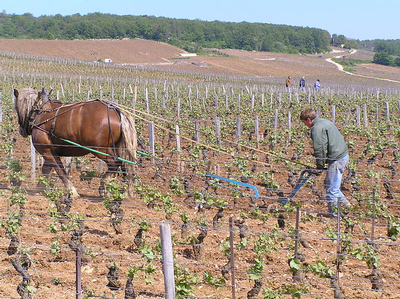 Density is the number of vines in a given area, usually calculated by acre or hectare. The Pinot Noir vineyards above show two different regional approaches. Bethel Heights, one of the oldest vineyards in the Willamette Valley, was planted at fairly low density, with wide vineyard rows and lots of space between the vines. Romanee Conti, like most of the vineyards in Burgundy or Bordeaux, is planted much more densely, with 4,000 vines per acre. This becomes consequential when we look at yield on a per plant basis. In order to produce 2 tons/acre (which is close to the maximum allowed yield for Grand Cru vineyards), each of the Burgundian vines will only have to produce 1 pound of Pinot noir grapes, whereas the vines in Oregon need to crank out 5 times as much fruit per vine! 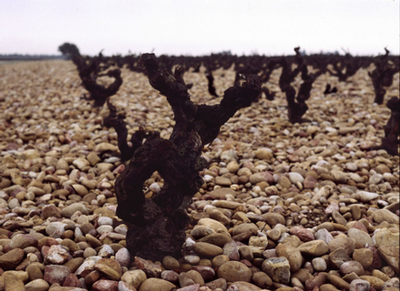 Vines come in all shapes and sizes, from the tiny single-guyot vineyards of Burgundy and Bordeaux to hulking head-trained, spur pruned vines in Lodi or Mendocino, some of which have to be picked using a ladder. Each vine is touched every dormant season, usually by human hands, blending, sculpting, and farming. Oftentimes a region will have its own signature style, as in Châteauneuf du Pape’s gobelet vines (Syrah is the only variety that is allowed to be trellised there, as its sprawling growth makes it difficult to head train).

Before the advent of certified clones, vines were propagated more like loaned books. Exceptional vines would be replicated, traded, and passed around. Many vignerons still refuse to plant certified clones, preferring to propagate massale selections from distinctive vines within their own vineyards. Pinot Noir and Chardonnay are both known for their diverse selections. There are hundreds of clones of each, some sanctioned, some illicit (suitcase clones). Oregon’s early wine industry was built on the backs of just two Pinot selections: Pommard and Wadenswil. California has many heritage selections, often named after famous vineyards and winemakers (Swan, Calera, Mt. Eden, etc).

For whites, it’s hard to imagine what the California Chardonnay landscape would look like without Wente clone, often called shot Wente because of its propensity for “shot” berries (millerandage). This old selection has become highly sought after because of its distinctive aromas and ability to retain acidity in California’s sun.

There are many, many other cultural and regional vineyard choices that impact the way the vines grow and how a finished wine tastes, such as vineyard floor management, canopy management, or irrigation. The next time you’re drinking a bottle of Pinot Noir or Chardonnay, whether it be from Burgundy, Oregon, or California, remember that you’re not just tasting the grape, you’re not just tasting the dirt – you are tasting the choices made at every step by the people involved. 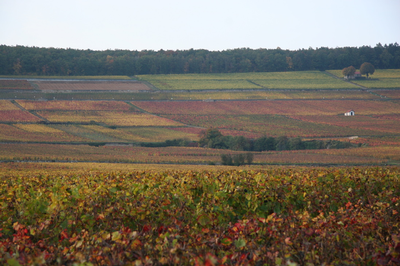 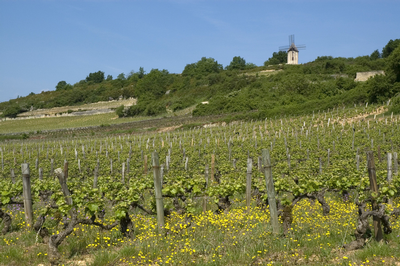 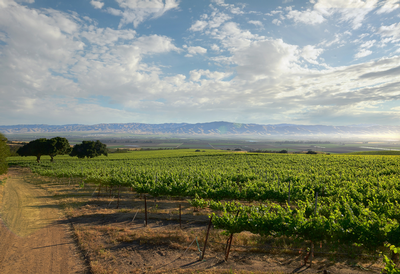 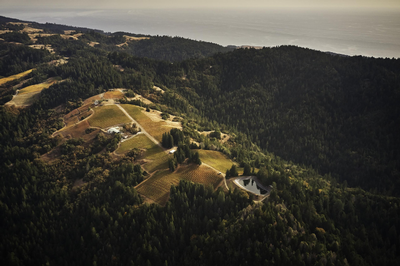 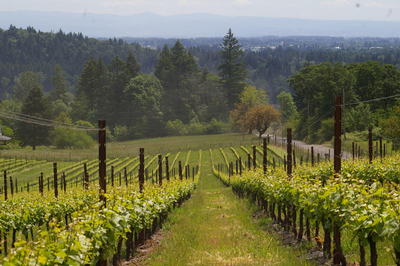 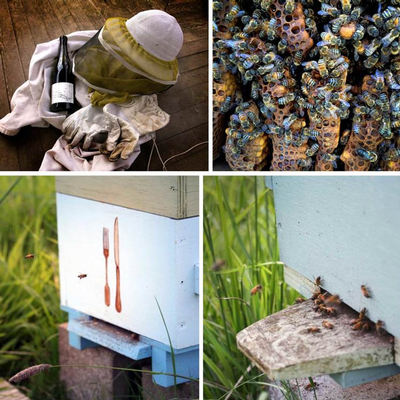